I promised in an earlier blog to write a follow up after being at the Kubernetes conference, KubeCon. It was a ...

I promised in an earlier blog to write a follow up after being at the Kubernetes conference, KubeCon. It was a celebration of Kubernetes fifth anniversary and community. The event hosted 8000 participants from all over the world. Here's a recap including highlights from the event. 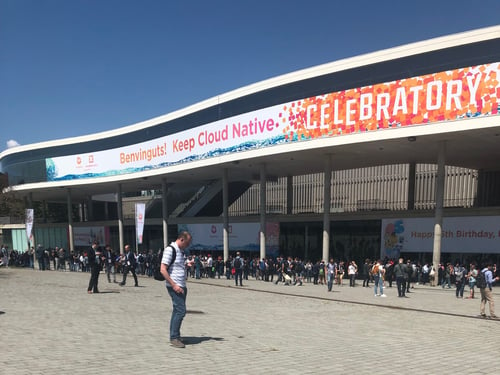 I chose to attend the conference to learn more about the exciting technology and to meet other fellow Kubernetes enthusiasts.

When entering the halls of Fira Gran Via, you could immediately see how excited people were - meeting a community that wants to make Kubernetes the number one choice as a DevOps platform.

In the opening talk by Cloud Native Computing Foundation (CNCF), they went from the day Kubernetes first got announced, and to where it is today. Bringing up numbers such as 31 000 contributors on Github, and showing the many projects that are currently under development in the ecosystem. 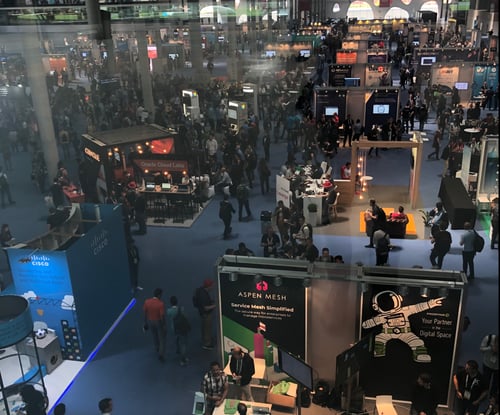 There were a couple of sessions that were extremely valuable and interesting:

Spotify
A session about how they accidentally deleted their production clusters, without their end-users having any downtime. By planning for failure and migrating resources over time. Today, Spotify is embracing Kubernetes and open source community. They are about to run 100% Kubernetes in the near future.

Uber
A session explaining how they use Prometheus and M3 to monitor all their clusters, managing over 4000+ microservices with over 35 million metrics per second.

At Kubecon, we got plenty of updates from many of the renown open source projects. It's safe to say that the pace of project development isn't slowing down. And I can't wait to see what's in store for the years to come. I expected more information about updates and new features in Kubernetes, something that could be quite interesting. But with that said, it was foremost a celebration of the community. And Kubernetes wouldn't be where it is now if it wasn't for the community.

Did you know? Helm 3.0 is soon to be ready for release, which is a vast and awaited update.

I want to recommend the Cloud-Native Trial map. It should be your one stop shop when looking at Kubernetes. And great for understanding what the different technologies can do. You can look up various projects, which can be great when setting up your Kubernetes cluster.

Kubernetes guide: Why and how to use

Kubernetes can help solve previous challenges regarding container management. In this blog we explain the most important things you need to know...

A part of the technical team went to Ignite earlier this year. The team chose different tracks to attend based on their focus areas. Here's a recap...

Morten, Head of Operations and Olav, Cloud Expert went to Azure Architects Bootcamp earlier this year. Here’s a recap by Olav with highlights from...